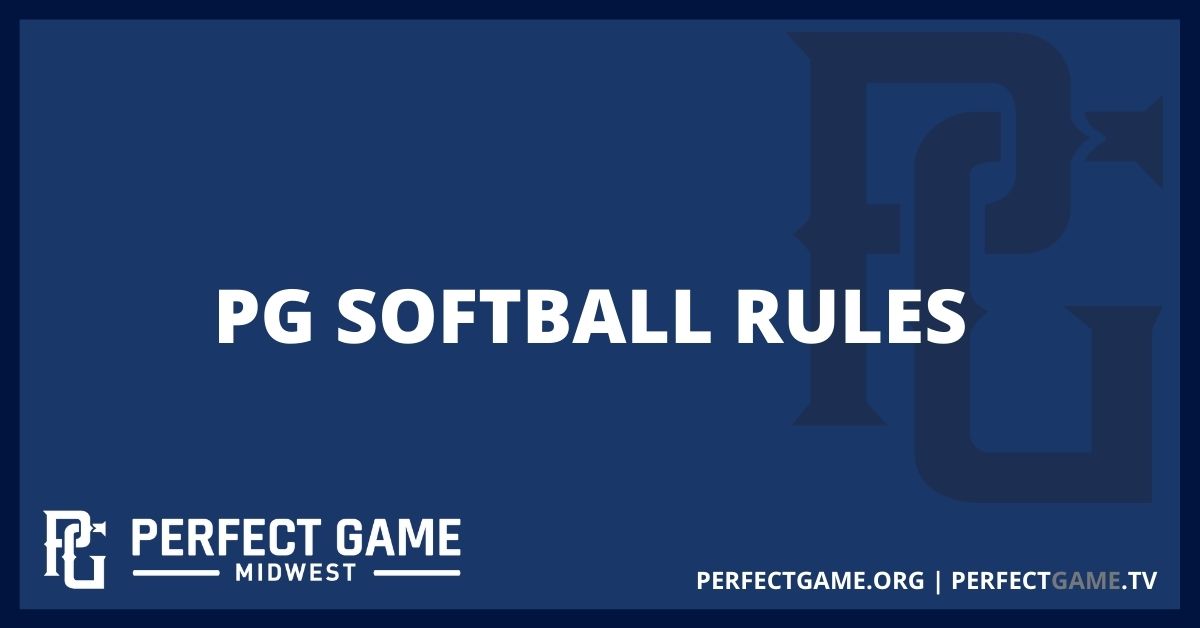 PG Softball will follow the National High School Federation Softball rulebook with the following exceptions. If there is a contradiction with language found in any printed copy of this addendum and the version most recently updated online, the online version shall supersede.

The NFHS Softball rulebook can be purchased on Amazon. CLICK HERE to view/download.

refuses to allow the requesting body to inspect the bat the owner/user accepts an automatic three-year suspension from Perfect Game sanctioned events. Alternatively, the owner/user can allow the bat to be inspected so a conclusion can be formed as to whether the bat was altered.

The owner/user of the bat have the responsibility of having knowledge whether a bat is altered. •

Bats that are damaged in any way, including but not limited to cracked, warped, missing a knob/cap, having a rattle, etc. are not legal for Perfect Game sanctioned events.

CLARIFICATION OF A LEGAL SLIDE

CLARIFICATION OF LYING ON THE GROUND

All games will play under the NFHS Softball rulebook, PG Softball Addendum, and the following 8U specific rules: