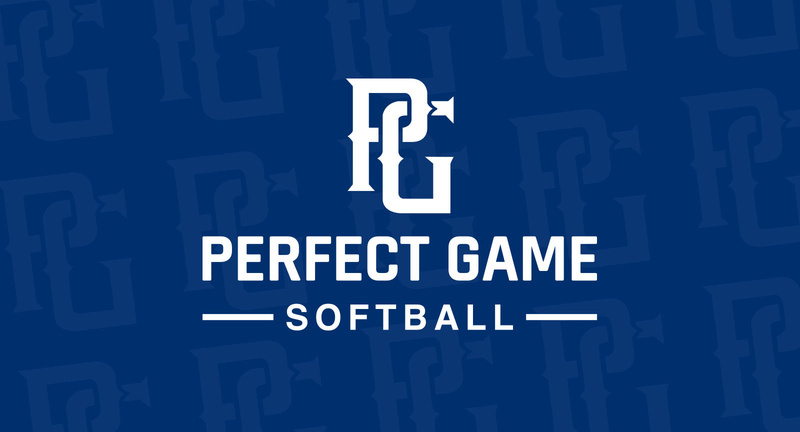 KANSAS CITY, Kan. — Mother Nature can be fickle. After dodging a potential rainout on Saturday and witnessing some outstanding action by a number of individuals and teams during the first two days of the 2021 PG Hawaiian Hitfest, an overnight and early morning deluge forced the Sunday cancelation of the tournament, ending what looked to be an epic conclusion to the tournament.

There were no easy wins in the 16U-A division. Every team had the potential to beat any other team in the draw. There was strength in the circle, as each club had at least one solid hurler, most having two. Some clubs, who would have undoubtedly been considered favorites to contend for the championship trophy, had three and four quality arms they could run out to the middle of the diamond.

There were also a number of fine plays made on defense, where many teams excelled. One position that really had outstanding, projectable talent on display was behind the plate. The catchers at the 16U-A level, at least for two days in metro KC, were noticeably talented.

As good as the pitching was, there were still moments of offense. Each team had a couple of burners at the top of their lineups. Girls who understood their roles in the batting order and worked counts, seeing pitches, and putting balls in play. They forced the action and constantly put pressure on the opponent’s defense. The middle of just about every batting order had true hitters; girls who knew how to get the barrel to the ball each and every time at the plate.

To say there were some really talented and projectable, college-ready players participating at Mid-America West Sports Complex would be a true understatement. Most of the young women who took to the field, if they so desire, have the opportunity to play at the next level. There is still some work to be done to hone their skills, but many are well on their way to an extended future in the game.

One club that made a very noticeable impression was the team that was seeded No. 1 as we headed into Sunday bracket play. Select Fastpitch Elite 13U was undefeated in pool play. That is not a typo either, as this was a 13U club playing up a couple of levels. A casual observer would not know the difference, however, as their collective talent far exceeded their age or grade level. They were unscored on as their four-headed pitching staff dominated from the circle.

Right-handed pitcher Peyton Hardenburger (2025, Wamgo, Kan.) is a long, lean athlete who has sneaky speed and can work the edges like a college veteran. Her ability to mix pitches and throw to all quadrants make her a sure-fire collegiate prospect. Another right0hander, Malia Cabuyaban (2025, Kansas City, Mo.), is a flame thrower who relies on sheer power and an aggressive style that can be intimidating. She attacks the strike zone with fearlessness. She works fast and challenges hitters early and often. On top of her ability in the circle, Malia can also swing the bat and shows a plus ability to drive the softball with authority. Another right-handed pitcher, Jaleigh White (2025, Spring Hill, Kan.), is a dart thrower. Her arm works. Her quick arm circle and noticeably sound lower half allows for the ball to come out of her hand with force and get on hitters in hurry. She works both “rivers” like a veteran and challenges hitters consistently. Jenna Edwards (2025, Carrollton, Mo.) is a great complement to the aforementioned Select pitchers. She is crafty and understands her ability. She pitches off a well-commanded drop ball and will mix in enough fastballs, rise balls, and especially changeups, to keep hitters off balance and constantly guessing. Jenna is a true pitcher who understands her role, pitches to contact, and gets her team off the field and back to the plate. All in all, this staff could rival any Gold level Elite pitching staff in the country. They should dominate their age group and would hold their own against any club, at any level.

To single out one position player for Select would be completely unfair. They have a deep, gifted, and talented roster. A few Select players, however, deserve recognition. In reality, one could undoubtedly recognize the entire roster as most contributed to the 3-0 record that Select posted.

Bailey Amezcua (2024, Greenwood, Mo.) can flat out swing that bat. The talented right-handed hitter has a mature understanding of the strike zone and rarely expands unnecessarily. She hits in the middle of this impressive batting order and seemingly always gets the big knock to bust a game open or extend a lead.

Select’s athletic shortstop is Alyssa McCoy (2025, Olathe, Kan.). She has big-time range at the all-important position. Alyssa can make any play going in either direction and seemingly always wants the ball hit in her direction. She rarely fails to make the play. Her arm strength is generally reserved for players much her senior. At the plate, she is an aggressive swinger who has a feel for the barrel and can drive the ball to the gaps with authority.

Mackenzie Rooney (2025, Louisburg, Kan.) is the Select leadoff hitter, and she is a gem. She works counts like a veteran and sets the tone for her team’s impressive offense. A walk or a base hit turns into a double, and in many cases a triple, because of Mackenzie’s advanced speed and base running ability. On top of her quite-noticeable ability on offense, Mackenzie is also a gifted outfielder who goes and gets everything hit in her direction.

Finally, Morgan Shields (2024, Kansas City, Mo.) and Olivia Slaughter (2026, Grain Valley, Mo.) handle the vaunted Select pitching staff. These two fine backstops show soft hands and an even keel behind the dish and can handle the wide array of styles and pitches that come their way. They are outstanding field generals who keep their defensive unit alert and ready. Lastly, they both have a quick throwing action that helps keep any opponent’s running games in check.

Another club that would have challenged for the championship was the Omaha-based Fury Gold-Jarzobski. This very talented and well-coached team was led in the circle by Jerzie Schindler (2024, Central City, Neb.). The tall, strong, and athletic left-hander showed a very projectable four-pitch mix that overwhelmed hitters. Her plus rise ball had late and pronounced jump at the dish and was almost unhittable. Her changeup is next-level ready and she shows promise in both a sound curveball and drop ball. Her command and control, especially for a power pitcher, is advanced.

The Originals-Broughton, another 14U club playing up in competition, showed many in the 16U-A draw that they could compete with anyone by posting a 2-0-1 pool play record on Saturday. They, like many solid programs, have three outstanding pitchers who could play at any level of travel ball. Lilee Keller (2025, Holden, Mo.) is a 5-foot-10 southpaw who can spin the ball with the best. She works both edges and all four quadrants with a plan and purpose. Her long and smooth arm circle is highly deceptive, and her pitches seemingly get on hitters before they are ready to swing. For a younger pitcher, her ability to locate is advanced. Marysa Rogers (2025, Blue Springs, Mo.) is pure power, whether she is pitching, playing the infield, or swinging the bat. In the circle, Marysa comes right at hitters. She works fast. She shows an aggressive nature, and she repeats her almost flawless arm action consistently. On the dirt, Marysa goes and gets anything hit in her direction and her plus throwing arm is highly accurate. At the plate, Marysa is anything but passive. She attacks the ball early and often and has a great feel for the barrel. She is a developing power hitter who will slug with the very best as she matures.

Lastly, Originals-Broughton’s Addie Lang (2024, Lake Lotawana, Mo.) is a gifted two-way player who is also a part of the tradition-rich Lee’s Summit North HS program that finished as Missouri’s 6A runners-up last fall. The sweet-swinging lefty can power the softball and rarely expands the zone. She can play shortstop or outfield with the best and has a throwing arm that is advanced and highly accurate. Where her future may lie, eventually, however, is in the circle. The same confident and controlled approach she uses to excel at the plate and in the field, she also brings to the pitcher’s plate. She can spin the ball. She can overpower hitters with her fastball. She can get chases with a rise ball that will only get better as she matures, gains experience, and gets stronger.

Allie Braly (2023, Kansas City, Mo.) is a power-throwing right-handed pitcher for Texas Glory KC 16U. Allie can let it fly. Her ability to challenge hitters with plus stuff in any part of the strike zone is very impressive. She really took a back seat to no pitcher in the tournament and has a bright future in the circle. Her stuff plays and she will certainly draw the eye of more than one college program over the course of the next few years.

Julia Chartier (2024, Overland Park, Kan.) and Katie Crawford (2024, Gower, Mo.) willed their Intensity KC 16U club into the No. 4 seed as Intensity posted a 2-0-1 pool play record. The dual pitching threat for the 2021 Intensity club works in similar fashion. They both throw strikes, rarely getting behind hitters. They change speeds well, pitch to spots, and force contact. Their team plays sound defense behind them and they get off the field. When either Chartier or Crawford are faced with difficulty at any time, their demeanors never change. They are both calm and cool and they stick with their plan, which obviously works for this talented club.